The purpose of the Champion Series is to provide a platform for leaders around the world to share their experiences in introducing Rotavirus vaccines or maintaining high levels of coverage. In addition to strategies in advocacy and implementation, our interview series will also aim to gain insights into how countries have dealt with the COVID-19 pandemic. By sharing various perspectives and ideas, we hope to create the sparks that lead to innovative strategies in minimizing the burden of rotavirus disease!

For our very first spotlight, we were lucky enough to chat with Dr. Lulu Bravo over Zoom and hear some of her valuable insights into the work she has done for Rotavirus advocacy in the Philippines. Throughout her career, Lulu has significantly advanced the fight against diarrheal disease, serving on several committees and publishing more than 75 papers and abstracts.

“You cannot advocate without learning first. You must listen to people and learn from people and see what is right for your people because it will differ from country to country.”

ROTA: Has the Philippines decided to introduce rotavirus vaccination?

Bravo: Rotavirus was first introduced in the national immunization program (NIP) in 2012. We were the first in Asia to do so. During that time, we could not reach everyone because our birth cohort was around 2.4 million children and at that time, we really only had the funds to give the vaccination to around 300,000 children.  The Secretary of Health had funds to give to at least 1/4th of the children who would need it or 1/4th of the target population. So what they did was give it to the poorest 25th percentile of children. The children – the poorest – at the highest risk of dying were given some kind of defense, some kind of privilege that could actually save their lives.

Why was it so crucial to introduce rotavirus vaccination at that time?

Bravo: In 2005/2006, I learned about the Asian Rotavirus Surveillance Network, which confirmed out previous studies and published research on the etiology of acute diarrhea in children. Our research found that 41% of Asian children with diarrheal disease are due to rotavirus. I had done previous research in ORS (Oral Rehydration Salts) with WHO as well as research on the etiology of acute diarrhea sometime in the 90s, so I had already been convinced rotavirus was there. However, this ARSN study is what really sparked wider interest in rotavirus. We had to convince the Secretary of Health that there was justification for introducing the rotavirus vaccine and at the time he was being pressured to achieve the Millenium Development Goal 4 (MDG4) which calls for the reduction of morbidity and mortality, so I think that was the main reason rotavirus vaccine was finally being considered.

How was rotavirus made a priority?

Bravo: In order to make rotavirus a priority, it was important to educate the secretary of health about rotavirus and the vaccine. The first time I talked with the Secretary of Health about rotavirus he started with “Oh but with diarrhea, all we need is to get clean water supplied to everyone.”  I told him in a 5-minute elevator pitch that altogether, yes, clean water is good, but diarrheal disease from rotavirus isn’t affected much by hygiene and sanitation. While these two factors are important, they cannot prevent rotavirus – think about why the United States of America has it on its National Immunization program.

This conversation was two weeks after he was appointed Secretary of Health, and he really tried to learn and study what would be best for the children.

How did you advocate for rotavirus vaccines?

Bravo: In 2000, with some friends, I set up the Philippine Foundation for Vaccination. People were only aware of the essential vaccines and ought to know also about these new vaccines. We wanted to become the voice that would raise awareness on the value of vaccination. In line with Gavi, I thought, yeah this is it – this is what we need to do to sustain and even strengthen vaccine coverage in the Philippines. That was the start.

What was the biggest logistical challenge you faced in getting the rotavirus vaccine implemented?

Bravo: Vaccines are used by so many people because it has a great public effect, but even so, a change in administration can affect the way vaccines are prioritized. With competing interests from other activities, vaccinations started to become criticized for receiving the most funds.

Another issue that had a lasting impact on implementing rotavirus vaccines and other vaccines was the Dengvaxia chaos which caused vaccination programs to stop because of political issues and difficulties. It was really too bad that vaccine coverage and vaccine confidence went down in the Philippines. That led to outbreaks a year later. In 2019, deaths from measles were as high as more than 500 when in fact we didn’t have any deaths from 2005 to 2010 and it was almost eliminated – measles came back with a vengeance.

Have there been challenges with rotavirus coverage during COVID?

Bravo: We have seen our immunization coverage decrease. Particularly, in areas with the highest COVID incidence, you have the lowest vaccine coverage. Even in the booster for measles, we used to see 80% coverage and now we are down to less than 50% and maybe even 30%. Mothers are scared to go to hospital clinics for vaccinations and transportation is limited and even non-existent in some cases. We are also still suffering from the Dengvaxia backlash and there is still a lot of vaccine catch-up that is needed.

How have you overcome struggles presented by the COVID-19 pandemic?

Bravo: Personally, I have been organizing webinars for sharing information on innovative and strategic ways to increase vaccine coverage both in the public and private sectors. Social distancing is a major challenge and the need to ensure the use of protective measures for health front liners and patients has been very important. We have implemented drive-thru vaccination sites, the use of basketball courts for vaccination, house-to-house vaccination by the departments of health, and even vaccination by pharmacists in order to maintain coverage.

Do you have any final advice on rotavirus vaccine advocacy that could help other countries hoping to introduce the vaccine?

Bravo: You need good training and a really passionate and evidence-informed advocacy group. You have to be informed about what evidence is available so that you can engage different stakeholders in an educational way. Not influential – because people always say ‘you have to influence them’. No, it’s not influencing them, but educating them, and in a way that you are learning from and helping each other. You cannot do advocacy without learning first. Listening to people, learning, and seeing what is right for your people because it will be different from one country to another. Having a group or, even better, multiple groups is important because creating a difference is always best when you have someone to converse ideas with.

Communication is also very, very, very essential. It’s important to learn to communicate and explain things so that people will understand. And of course, be friendly with the media. 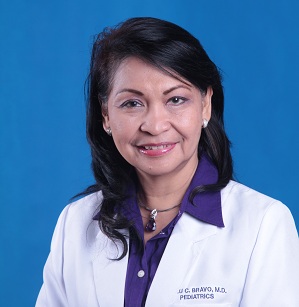