Li Li, MD, MPH, was born and raised in Shandong, China. After graduating from Shandong Medical University in 1987, he joined the EPI program in Shandong provincial hygiene and prevention station, gaining foundational experience from field work. In 1991, he attended a poliomyelitis control project in China, supported by the Japan International Cooperation Agency (JICA), and received the Monbushu Scholarship to pursue a master’s and doctorate degree in Japan from 1999-2005.

In April 2005, he became an epidemiologist in the National Immunization Program (NIP), Chinese Center for Disease Control and Prevention (CDC). Dr. Li was appointed as director of NIP in May 2012. Since December 2014, he has been serving as the deputy secretary-general of CPMA.

Dr. Li’s research efforts focus on surveillance of vaccine-preventable diseases and evidence-based recommendations for immunization in China. He has a strong background in EPI field work and international cooperation. As a professor of epidemiology, he mentors postgraduate students. He is also an executive editorial board member and managing director of the Chinese Journal of Vaccines and Immunization. Dr. Li is a member of the National Advisory Committee on Adverse Events Identification Following Immunization in China and a member of Governing Council of the International Association of Immunization Managers (IAIM).

During 2007-2008, Dr. Li served as vice secretary general to Aba prefectural government in Sichuan province. He received the honor of “National Model of Earthquake Disaster Relief” given by the Chinese central government in 2008.

Dr. Li received his Bachelor of Public Health from Shandong Medical University in China in 1987, and his MSc and PhD of health science from The University of Tokyo in Japan in 2002 and 2005. He was a guest researcher at the U.S. Centers for Disease Control and Prevention in 2013. 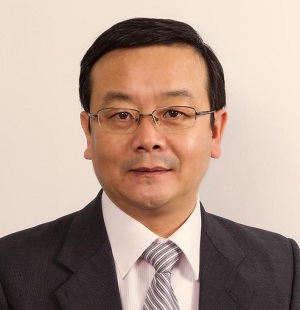